Other moves will permit bars and restaurants to bring back darts, karaoke and pool leagues as well as music performances with up to three players, and the return of walk-in customers to hair salons and barber shops.

A full reopening of the economy remains a few months off, Sununu said. The latest changes will only be possible by maintaining the statewide mask requirement and social distancing rules.

“This is another logical step. We aren’t just going to rip the Band-Aid off and go wide open. That just wouldn’t be a smart thing to do,” Sununu said.

“My goal continues to be around Memorial Day, and we remain on track to do that.”

The state-run scheduling system is the Vaccine Integration Navigation Interface (VINI). “VINI can always get the job done,” Sununu said.

State officials had been waiting for the next phase of the vaccine rollout to begin before opening its replacement for the federal Vaccine Administration Management System (VAMS) that Sununu had described as “clunky” and prone to foul-ups.

The state’s next vaccine group, Phase 2A, starts today (March 12) when 40 school districts — including Manchester, Salem and Dover — will offer vaccine clinics for 17,000 teachers and staff. The clinics will be hosted by regional health networks.

Vaccine scheduling kicks off next Wednesday in the new VINI system when the rest of the 33,000 teachers and child care staff in Phase 2A can begin registering on their own for appointments that start March 22.

Anyone 50 to 65 can start registering for Phase 2B appointments for vaccines on March 22. Shots for that group will begin March 25.

One of the advantages to VINI is it allows residents to schedule an earlier vaccine appointment than they were first given without having to cancel the first one.

At low ebb, the VAMS system caused 25,000 to lose their initial appointments without getting another one.

Vaccine rollout coordinator Perry Plummer and his staff scrambled to contact everyone who had been knocked off and individually made earlier appointments for them.

“You will be able to go in, easily move yourself up with no risk to canceling your original appointment,” Sununu said. “This should relieve a lot of anxiety.”

The new system will have five easy steps and end with an email confirmation.

“It is a very simple process. It takes a whole of 10 or so minutes,” said Sununu, promising his office next week will release fact sheets and how-to-videos.

New Hampshire was one of only nine states that took advantage of the free VAMS software.

On the road again

Until Thursday, anyone traveling outside New England for non-business purposes had to self-quarantine for 10 days upon their return.

The quarantine rule will become only a suggestion, not a mandate, Sununu said.

“We want to help businesses to plan for the summer,” Sununu said. “We don’t want the tourism industry to suffer. They took the brunt of the hit last year.”

Connecticut and Maryland lifted all their domestic quarantine mandates earlier this week.

“Our most vulnerable citizens are getting vaccinated,” Sununu said. “That’s a big piece of this.”

Sununu said there’s been no follow-up delivery of the one-shot Johnson & Johnson vaccine the state administered over three days at the New Hampshire Motor Speedway.

“We were told we would get some more, but learned today for now we won’t. It’s all good. We will make do. We have learned to get flexible when it comes to Washington.”

Fri Mar 12 , 2021
Mar 11, 2021 — Akwesasne Mohawk territory spans the US-Canada border, two provinces and a state, two New York counties, and multiple election districts. Photo provided The Mohawk Council of Akwesasne (MCA) Department of Health issued a reminder on Wednesday that a travel quarantine is still in place for those […] 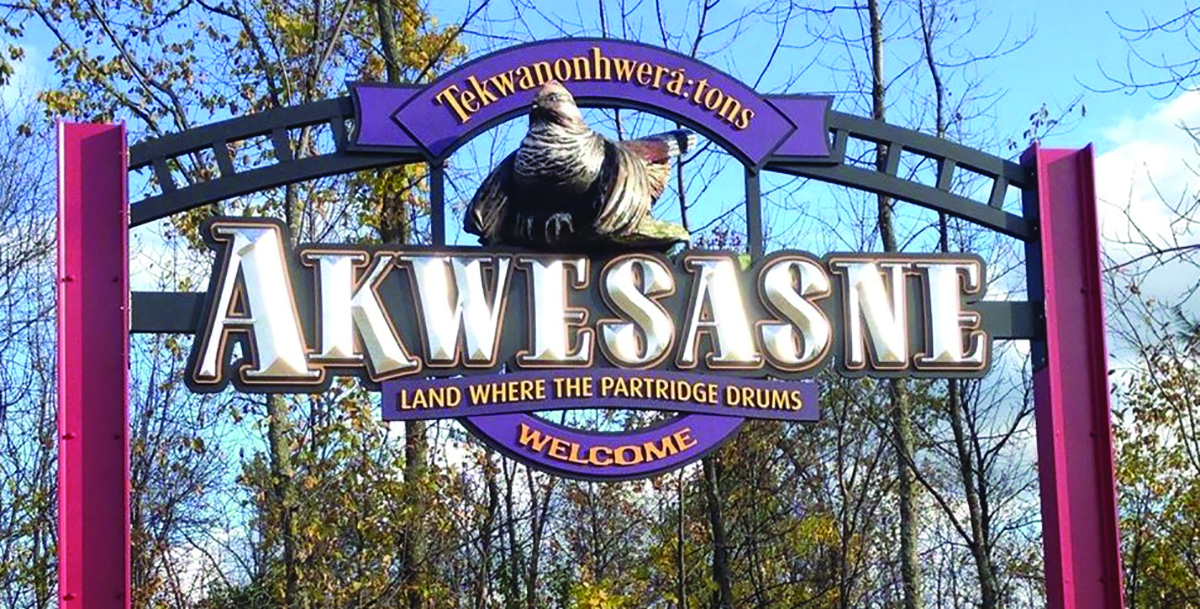