Skip to content
Knolly’s Fugitive has been around in its current form since 2018, so it was time for an update. The new version of their trail-focused 29er gets 138mm of rear travel and is designed around a 150mm fork, but can happily accept 140mm or 160mm up front. Knolly also plans to offer the Fugitive with 131mm of rear travel using a shorter-stroke shock when these become available.

As you might expect, the geometry has been updated too. The head angle has been slackened by 0.5 degrees, the seat tube angle has increased a full degree and the effective top tube length and reach have been lengthened proportionally for each frame size.

The key numbers are now on the progressive side for a bike with this much travel. A flip-chip offers two geometry settings, which Knolly refer to as “slack” and “neutral” (why can’t bike companies bring themselves to call it a “high” or “steep” setting?). In the slack setting, the head angle is 65-degrees and the effective seat angle is 76-degrees. In the “neutral” setting, both measurements increase by 0.75-degrees. The reach is generous too – a size large has a reach of 491mm. The chainstays remain short at 430.5-432mm, which contributes to relatively short wheelbase measurements.

Knolly retains their Fourby4 suspension design, which is essentially a Horst-link four bar arrangement, but with an extra two links that are there purely to drive the shock. That makes it a six-bar design, the main advantage of which is the ability to tune the leverage curve independently of the other suspension considerations. Another Knolly trademark is the straight and highly offset seat tube, which Knolly say has the ability to swallow very long (200mm-travel plus) dropper posts. Knolly also claim that because the slack actual seat angle means the saddle ends up further forward once dropped, it stays more out the way when descending.

The Fugitive’s frame is made of 6066 series hydroformed aluminum alloy tubing (there’s no carbon version). It’s available now with two build kits. The DP kit uses a RockShox Lyrik and SRAM GX drivetrain, Code R brakes and 175mm Reverb seatpost. It costs from $5310 USD. Meanwhile the EC kit gets a Fox Factory 36 fork with Shimano XT drivetrain and brakes, and costs from $6210 USD. 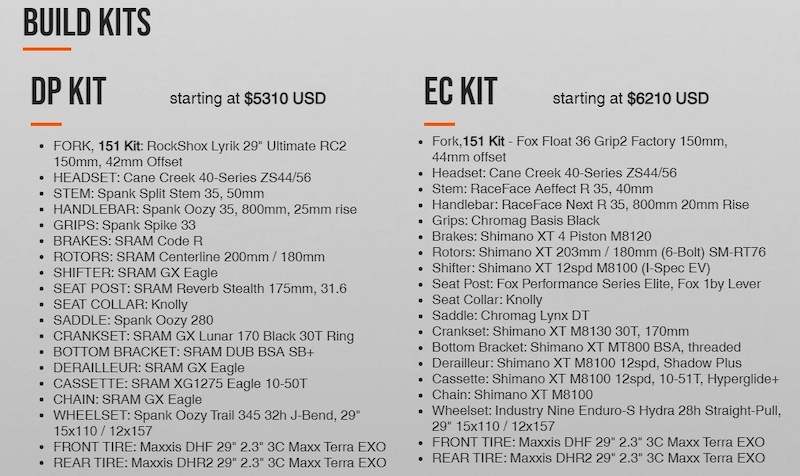 Thu Apr 15 , 2021
In the front row of the action — virtually speaking — is former flight attendant Shawn Kathleen, creator of the popular Instagram account Passenger Shaming. Even during a year when the number of people flying dropped to historic lows, Kathleen never stopped receiving videos of travelers behaving badly on planes. […]