With vaccines promising to take the lid off pent-up travel demand, hotels and airlines are bracing for a surge in business. But for consumers, just as the window for safe travel cracks open, the window for deals is starting to close.

“If you know exactly what you want, you’d better jump on it now,” advises Paul Tumpowsky, founder and chief executive officer of high-tech travel consultancy Skylark, who forecasts that steep discounts will start to erode as borders reopen and airlines restore consumer confidence.

His advice—and the advice of his peers throughout the travel industry—varies depending on where you want to go. What’s consistent across the board is the impact of American dollars.

The U.S. drives luxury tourism revenues in so many countries around the world that the policies on where Americans can and can’t go are the best predictors for where to find deep discounts. Placing your bets on future travel to still-closed countries may open the door to the very best deals, albeit with lingering uncertainties.

Here’s the current outlook on where to find remaining pockets of value, now that the promise of herd immunity is on the horizon.

Summer in the Caribbean

The general rule of thumb when looking for any deal: Prices are at an inverse to capacity.

“While domestic flights have hit record lows over the past 12 months, including $198 roundtrip flights to Hawaii or Alaska [from west coast cities] and $120 roundtrip flights to the U.S. Virgin Islands,” says Scott Keyes, founder of Scott’s Cheap Flights, “international flights to countries currently closed to American tourists have actually gotten more expensive than they were pre-pandemic.”

So as airlines boost routes to markets that are open and available to U.S. travelers—Florida, Hawaii, Mexico, the Caribbean—that surge in inventory translates to cheap fares, Keyes explains.

But there’s a flip side: Hotels in these markets have either become more expensive or leveled off their mid-pandemic discount, responding to demand.

The amount you’d save on a flight is minimal compared to nightly savings at most luxury hotels, so prioritizing hotel rather than airline deals makes good sense. For that, look to the Caribbean.

Normally, the season for travel there ends as spring gives way to summer, when the region becomes stiflingly warm and humid and the threat of hurricanes begins to loom. But if American travelers can’t head to the south of France or the Amalfi Coast this summer—neither of which is looking likely yet—it will make summer in the Caribbean an attractive alternative.

“Americans are tired of vacationing in their own country,” says Karl Backlund, founder of Noble, a new membership club built around deep hotel discounts. “Costa Rica, the Dominican Republic, Aruba, Mexico—they all opened up early. These markets have been safe havens for Americans throughout the crisis. But it will still be possible to get deals there because summer is typically their low season.”

Tumpowsky agrees, citing Malliouhana, an Auberge Resort in Anguilla, as a particularly good value: The hotel is offering 20 days for the price of 10, or the fifth night free, with complimentary breakfast across the board. Another place to look is Saint Lucia: Desperate to put a jolt in its economy, the country’s tourism board created an initiative called It’s Time for Saint Lucia, which centralizes hotel and villa rental offers of up to 65% off on a dedicated landing page.

“It wouldn’t surprise me if people decide to do something really radically different this summer, like going to the Caribbean for a whole week,” he says. “Saint Barth is perennially popular in August, because hotels are a third what they normally would be.”

Maybe this is the year that secret gets out, Tumpowsky adds.

Sarah Groen, a travel advisor with Bell and Bly Travel, whose clientele is largely made up of venture capital and private equity executives, says the opportunity to get a deal at a five-star hotel in the U.S. has long evaporated—particularly when it comes to the breed of resort that’s out in the wilderness, socially distanced, and extremely private.

“Luxury dude ranches in the U.S., like Ranch at Rock Creek and Brush Creek Ranch, are pricer this year than in the past and are very close to being fully booked for the entire summer,” she explains. “Other top hotels like Amangiri have continued to increase prices due to high demand as well.”

Noble’s Backlund agrees, saying that it’s been hard to persuade sales directors in the U.S. to join his platform, as demand is too high for them to be able to offer the site’s 50% minimum discount requirements. “If you look at the local U.S. market, that window has closed. These hotels are operating almost at 2019 levels—many are at capacity and then some.”

Backlund says to save those ultra-luxe American escapes for 2022, when Americans are finally able to cross borders unencumbered. At that point, prices should drop. For these trips, there’s no hurry. While reserving now guarantees availability at hard-to-book hotels, revenue managers are unlikely to price rooms at anything other than the rack rate until they can better gauge demand.

“The trump card everyone is guessing about is Europe,” says Backlund, who is based in Norway. With vaccine rollouts slowing down rather than accelerating, and lockdowns tightening back up in France and Germany, opening up to international travel seems to be descending quickly down the priority list. But exceptions have emerged, such as Greece and Turkey.

The lack of clear-cut options has travel experts forecasting that prices will go through the roof around the Aegean. But once the summer peak season subsides, more borders open up, and vaccination campaigns get back on track, there may space for fall deals.

“Everyone will be going to Europe in 2022,” says Backlund, “but people aren’t making assumptions about 2021 yet.”

That leaves those already based in Europe with a prime opportunity: easy access to reservations at the most sought-after hotels on the continent, and at never-seen-before prices. All Americans can really do is roll the dice—and try to snatch up rooms before those with credits or vouchers from 2020 do.

“Rates at Le Sirenuse are $750 in May, versus $1,700 in August,” says Tumpowsky of the iconic bastion of luxury in Positano, Italy. But visiting in May, he says, is highly unlikely. Instead, try October, when prices will be back down to $1,100. Cancelations right now are straightforward, with full refunds up to 15 days before arrival.

Just don’t book flights until closer to your departure. International tickets will remain at a premium until capacity gets closer to normal, Keyes of Scott’s Cheap Flights reminds us.

“Airlines have retooled where they fly, taking capacity away from transatlantic and transpacific routes and adding it to domestic routes. As a result, flights to Asia and Europe are pricier, while domestic flights are cheaper,” he explains. “That equilibrium will persist until border restrictions begin falling by the wayside and international travel begins to renormalize.”

In general, longer trips are reaping the best nightly rates—a trend that Tumpowsky expects to stay in place as long as work-from-home culture persists.

“Rushing home for work on Monday morning is not going to be a thing, probably for the rest of the year,” he says. That means more hotels will be able to capitalize on “fifth night free” promotions that keep them booked up on otherwise-quiet days of the week.

“The benefits get better the longer you stay,” adds Groen, who has seen such hotels as the Four Seasons Bora Bora throw in free nightly dinners once you’ve agreed to a 10-night vacation.

Two areas that will also show extended value will be Asia and Latin America, adds Backlund. He calls the latter a perfect opportunity for this fall, citing vaccination campaigns that are “on par with Europe and other destinations” and easy access for American travelers. Asia, he says, will be “the last one to fall into place, with deals lasting at least through 2022.”

Particularly for Americans, he says, Asia is a plan-ahead destination for luxury travel, with lead times often exceeding a full calendar year. That makes it a good place to think about booking a big-ticket trip.

One brand to turn to for values is Anantara, a collection of five-star resorts with locations in Thailand, the Maldives, Sri Lanka, and beyond; it’s offering up to 40% off for advance bookings across its entire portfolio.

While Backlund’s Noble is one avenue for deals globally, his platform is currently invite-only. A similar company, Porter & Sail, offers a comparable database of hotel discounts. It sells credits—vouchers, essentially—for future travel, offering up to 30% off at such properties as Nayara Springs in Costa Rica and Terme Manzi Hotel & Spa in Ischia, Italy.

There’s also the platform Buy Now Save Later, whose $100 travel bonds are redeemable 60 days after purchase, at which point they also mature in value to $150. Like the others, it focuses on independently-owned rather than big brand hotels, which are generally not participating in such initiatives.

Above all: Don’t rush into anything if you’re not ready.

“Until it becomes easy to get on flights—which is something that’s in the eye of the beholder—there’s going to be plenty of deals out there,” says Skylark’s Tumpowsky. “Plenty.”

Thu Mar 25 , 2021
Prince Charles and wife Camilla’s visit to Greece while Brits prepare for a strict new international travel ban will “create confusion and hostility,” anti-monarchy campaigners tell Newsweek. The Prince of Wales is on a charm offensive in Athens after Britain’s exit from the European Union and gave a speech at […] 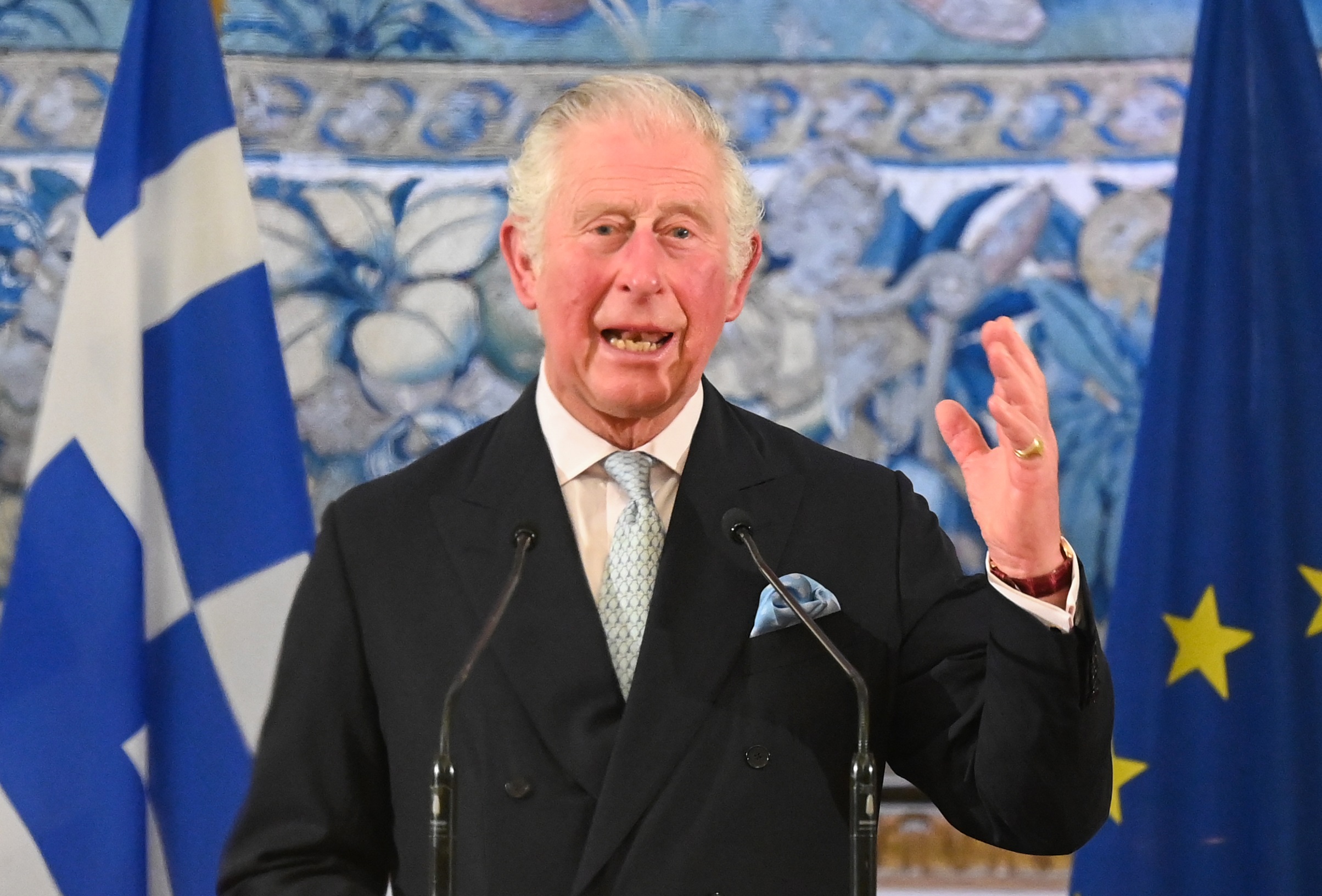