In October, Viking Cruises canceled Dianne Zeitler’s trip from Montreal to New York on the Viking Star. Like other cruise lines, Viking offered two options: a full refund or a 125 percent cruise credit. Zeitler, a retired health-care consultant who lives in Ellicott City, Md., was grateful for the opportunity to choose.

“We’re using the goodwill gesture to book a new cruise next year,” she says.

But travelers are confused by the semantics of transactions like Zeitler’s. Is it really a magnanimous act when a company simply abides by the terms of a contract?

A cruise line is legally required to provide refunds if it cancels a sailing. For example, section 6(a) of Viking’s passenger ticket contract says you will get your fare back if it cancels the cruise before it starts. But that’s not a favor; it’s a cruise line doing what it’s supposed to do. A goodwill gesture might be offering the additional 25 percent to customers who accept a ticket credit.

“Cruise lines have been offering greater compensation for canceled cruises since the start of the industry’s pause in service,” explains Colleen McDaniel, editor of Cruise Critic. “Many lines are offering future cruise credits around 125 percent of the original fare paid, giving cruisers even more money to use toward future cruises. It’s an added incentive for cruisers to rebook their canceled cruises.”

Do these incentives still count as favors if they’ve become the industry standard? That’s debatable. From this consumer advocate’s perspective, a genuine goodwill gesture is an extraordinary action taken by a company to make a customer happy. That could include offering a refund when the contract says the company doesn’t have to or providing an upgrade to business class because an airline passenger has a broken leg and needs extra room.

Even before the pandemic, travel companies were apt to take credit where it wasn’t due. For example, airlines touted their 24-hour ticket-cancellation policies as a favor to travelers when they advertised fares. They are not. The Department of Transportation requires that domestic carriers offer refunds within 24 hours of booking for most flights. Incidentally, it’s a rule airlines hate, which makes it all the more ironic that they list 24-hour cancellation windows as a benefit.

How do you get a genuine goodwill gesture from an airline, a car rental company, a hotel or a cruise line?

First, check to see whether any policies favorable to travelers have already been adopted. For example, InterContinental Hotels Group (IHG), which owns Holiday Inn, Crowne Plaza and Staybridge Suites, made some customer-friendly changes to its refund policies when the pandemic hit. It allowed refunds for nonrefundable bookings and extended loyalty program members’ status through January 2022.

IHG also extended the pause on points expiration through June 30 of this year for base-level rewards members. (Points don’t expire for members with elite status.) The reason? “Some members may need more time to use their points to travel,” says Heather Balsley, senior vice president for global loyalty and partnerships.

The next step: Ask. That’s what Peter Lavelle did when Iberia canceled his flight from Madrid to Athens last spring. Iberia initially offered him a voucher that lasted until June. He couldn’t use it, so the airline extended it to December and then to this coming June. He expects Iberia to continue extending it until he can use the ticket.

“Once I use the vouchers, I’m then more likely to fly with Iberia again, knowing that they did the right thing during the pandemic,” says Lavelle, who works for a visa-processing service in Madrid.

What if the answer is no? Reminding the company of your value as a customer is one way to argue your case. That’s what Randell Kennedy discovered when he had to cancel several trips in 2020. “The benefits of my long-standing relationships with affinity programs may have been a factor, and it probably didn’t hurt,” says Kennedy, a higher education consultant based in Boston. “But I sensed that the people with whom I spoke at JetBlue, Southwest and Marriott just wanted to do the right thing.”

Even if you don’t have elite status, there’s always a next time. So when a company representative tells you to use your voucher or lose it, you can politely remind that person that you’ll be traveling again soon — and that you have choices when you do.

“People remember who jerked them around and who was upfront,” says Mark Hoffmann, owner of Sports Leisure Vacations, a Sacramento tour operator. Hoffmann says he offered clients whose trips were canceled a choice between a refund and a credit, although he declines to use the term “goodwill gesture.” It was just good business.

Minnesotans weigh whether to travel for spring break

Thu Feb 25 , 2021
article The Oye family weighed their options and decided to take a vacation to Disney World, where masks were required to wear. (FOX 9) – To travel or not to travel for spring break? That is the decision plenty of families across Minnesota are weighing amid the ongoing pandemic and […] 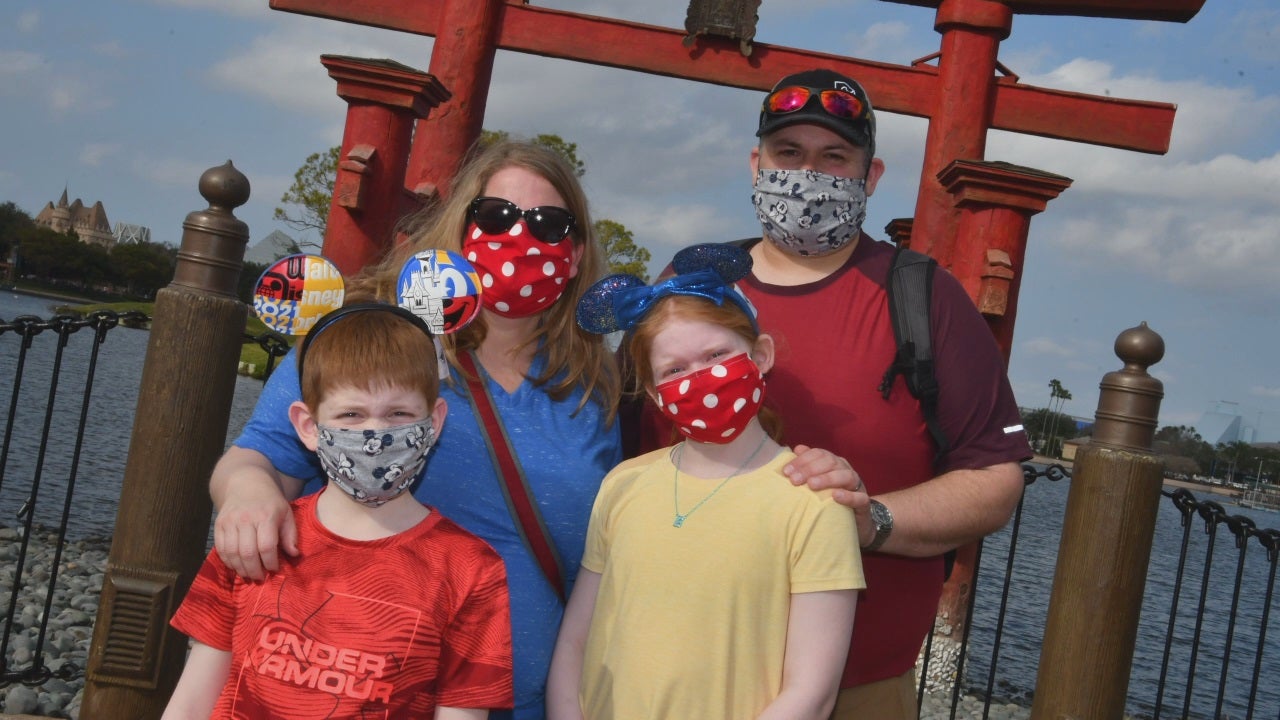