According to a Reuters report this week, the Biden administration is “actively looking” at imposing a mandatory COVID testing requirement for domestic air travelers similar to the new rule that took effect for inbound international travelers this week. While nothing is definite yet, Reuters was told by a Centers for Disease Control and Prevention official that the agency is engaged in ongoing discussions about “what the types and locations of testing might be” for domestic airline trips, in line with the Biden Administration’s directive to “impose additional public health measures for domestic travel” and for persons crossing land borders with Mexico and Canada.

Meanwhile, airlines, hotels and foreign governments were all scrambling this week to cope with the new U.S. government mandate — which took effect Jan. 26 — that anyone flying into this country from any foreign nation must get a negative COVID test result no more than 72 hours before their flight. Airlines are barred from boarding passengers who can’t provide that test result. Much of the pre-flight testing activity is focused on the Caribbean and Latin America, where U.S. travelers have still been able to visit more easily than other countries.

United Airlines this week introduced a new feature on its website and mobile app called the Travel-Ready Center, where customers can find information on the availability of local testing, see COVID-related entry requirements, and upload test results and vaccination records required for any domestic or international trip. “Our ‘Travel-Ready Center’ gives customers a personalized, step-by-step guide of what is needed for their trip, a simple way to upload required documents and quickly get their boarding pass, fully integrated within our app and website,” a United official said. In the weeks to come, United will enhance the app with the ability for customers to schedule COVID tests at 15,000 locations worldwide. Customers with reservations can access the new feature through the “My Trips” section of United’s mobile app and website.

Delta has also added a resource to its website that helps customers locate COVID testing facilities anywhere it flies, and is offering customers the option of purchasing at-home COVID-19 test kits and uploading testing verification at check-in. With the home testing option, Delta said, customers “can administer one prior to departure, and pack another with them to comply with negative-test requirements before their trip back to the U.S.” And American Airlines is now encouraging international travelers to download the VeriFLY app from the Apple or Google Play stores, create an account, and use it to study a destination’s testing requirements and to store negative COVID test results. “Customers can already use VeriFLY to streamline their travel from the U.S. to several countries including Jamaica, Chile, Colombia, El Salvador, Guatemala and Honduras,” American said.

The U.S. will accept either a PCR test, which provides results in a day or two, or an antigen test, which can give a result in less than an hour but is less accurate. The cost of a test can vary considerably, but Hyatt Hotels this week announced that all 19 of its resorts in Latin America and the Caribbean are now offering free on-site testing through May 31 for guests traveling to the U.S.  Some Marriott and Hilton properties in the region have also stared to offer pre-departure testing for guests, and the Spanish chain Melia Hotels is providing free tests at its 10 resorts in Mexico and the Dominican Republic. Many other independent resorts and small chains are adding testing options as well.

Aeromexico has reportedly signed a deal with two large labs in Mexico to provide discount-priced COVID testing for its customers and those of its partner Delta. Mexican airports at Guanajuato and Merida have installed their own testing facilities. And the resort area of Los Cabos, popular among West Coast travelers, has created a new web page to help travelers find information and local testing sites before their return flights.  The government of Jamaica has done the same, with a web page listing test sites both at public labs and at hotels and resorts that offer the service. Best advice for travelers: If you really insist on going someplace outside the country, do your research in advance to find out where and how you can get a COVID test at your destination no more than 72 hours before your return flight.

Even though the travel industry is trying to accommodate the new testing needs of U.S. citizens traveling outside the country, the State Dept. is urging everyone to just stay home. Assistant Secretary of State for Consular Affairs Ian Brownlee told reporters this week that the new COVID testing requirement for re-entry to the U.S. means that travelers could be “seriously disrupted in their trips. If you cannot easily access a COVID-19 test, or if you test positive, you will end up overseas for much longer than you planned,” Brownlee said. “If that happens, you will be responsible for covering your own lodging and medical costs during that time.” The Biden Administration has also said that in addition to getting a negative test result, travelers entering the U.S. will have to self-quarantine for a period after arrival, although the specifics of that order have yet to be worked out.

Some domestic air trips – like from the mainland to Hawaii – already require passengers to obtain a negative COVID test result if they want to avoid a lengthy quarantine after arrival, and United Airlines this week became the latest carrier (after Alaska and Hawaiian) to offer customers a pre-clearance program that lets them avoid airport lines at the destination to have their health documentation checked. Starting Feb. 1, United said, participating customers must enroll in Hawaii’s Safe Travels program and fill out an online health questionnaire, then upload a negative test result from an approved partner lab. When they show this to United staff at their departure airport, they’ll get a wristband that lets them bypass mandatory document screening in the islands. United is also expanding the availability of mail-in COVID tests to Hawaii-bound passengers no matter where in the U.S. their trip originates.

On the international side, Japan’s All Nippon Airways announced it will trim a number of international routes due to “immigration guidelines, recently instituted public health quarantine measures and passenger demand trends,” and that will include San Francisco. From March 1 through April 18, ANA will suspend its SFO-Tokyo Narita flights, although it will maintain service from SFO to Tokyo Haneda. The airline’s service from Tokyo Haneda to Mineta San Jose will be put off at least through April 19.

Southwest Airlines this week joined Alaska, United, Delta, American, Frontier and Hawaiian Airlines in advising passengers that as of March 1, it will no longer accept “emotional support animals” on its flights. Instead, it will allow only “service dogs that are individually trained to do work or perform tasks for the benefit of a qualified individual with a disability to travel with the customer. The types of disability include a physical, sensory, psychiatric, intellectual, or other mental disability and only dogs will be accepted (including those for psychiatric service) — no other species will be accepted as a trained service animal.” Southwest will continue to allow small dogs and cats on board as provided for in its pet policy, provided they can be stowed under the seat.

Don’t people know you can’t carry a gun into an aircraft cabin? With the massive falloff in passenger traffic during 2020, you’d expect that the rate of weapons seizures by TSA agents at airport checkpoints would have dropped by a similar amount. Instead, the opposite happened: TSA said its agents detected 3,257 guns in passengers’ carry-on bags last year; as a percentage of total travelers screened, that was the highest rate of passengers packing since TSA was created in 2001. And 83 percent of those guns were loaded, TSA said. Airports with the most guns found were Atlanta (220), Dallas/Ft. Worth (176), Houston Bush Intercontinental (126) and Phoenix (124).

In airport news, Oakland International said this week it has become the first airport in the U.S. to start selling COVID testing kits in vending machines, available in both of its terminals. The kits, priced at $130 to $150, require purchasers to send in a saliva sample via FedEx and wait for the results to be sent to their mobile phones. But the airport cautions: “For those traveling to Hawaii, please note that this additional COVID test option is separate from, and not part of, the State of Hawaii Department of Health’s pre-travel testing program.”

American Express on Feb. 1 will open its 14th Centurion Lounge, this one at Denver International Airport. The 14,000 square foot lounge, located in DEN’s Concourse C mezzanine, is the second largest in AmEx’s network. The facility features the first craft beer bar in a Centurion Lounge, with a rotating selection of Colorado brews. It offers members a selection of “Italian-inspired” dining options and is the first Centurion Lounge to include a live-action cooking station, “where Card Members will be able to enjoy dishes prepared à la carte and even customize them to their personal preferences,” AmEx said. There’s also a game room with options ranging from pool and shuffleboard tables to “custom, large-scale classics such as Connect Four and Checkers.” Free access to Centurion Lounges is limited to AmEx Platinum Card members, Centurion members, and Delta SkyMiles Reserve Card members.

Tue Feb 2 , 2021
A wave of hotels is expected to be taken over by banks and other lenders in the coming months, and some hospitality industry players are looking to build up management arms in hopes of operating those properties for their new owners. Hotel management companies are getting ready to see a […] 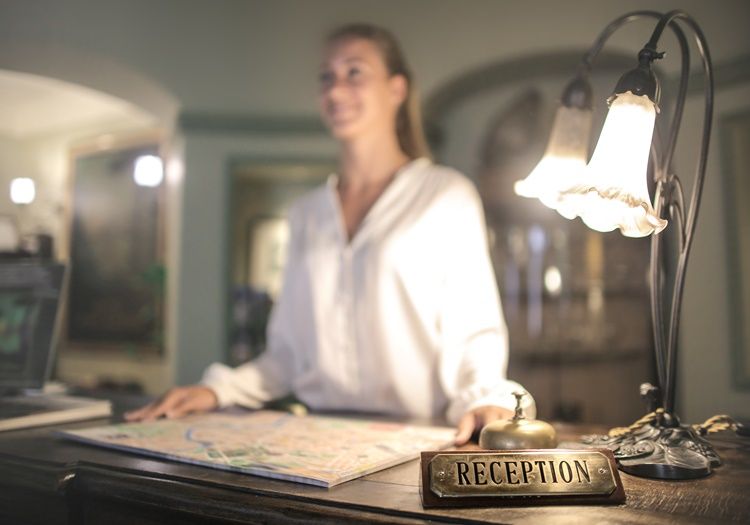