TALLAHASSEE, Fla. – Florida has posted its lowest weekly total of first-time unemployment claims since the start of the coronavirus pandemic, despite mounting issues confronting the travel industry. The U.S. Department of Labor on Thursday estimated 17,621 first-time jobless claims were filed in Florida during the week that ended Feb. […]

TALLAHASSEE, Fla. – Florida has posted its lowest weekly total of first-time unemployment claims since the start of the coronavirus pandemic, despite mounting issues confronting the travel industry.

The U.S. Department of Labor on Thursday estimated 17,621 first-time jobless claims were filed in Florida during the week that ended Feb. 6, down from 69,140 the prior week.

The latest figure is the lowest since March, when massive job losses began as the COVID-19 pandemic hammered the state.

But the nearly 75 percent drop in week-to-week unemployment claims came as American Airlines announced plans to furlough more than 1,000 workers in Miami and as the White House reportedly is considering new travel restrictions focused on areas affected by variants of COVID-19. Also, a survey from the AAA auto club indicated that 60 percent of Floridians remain uncomfortable traveling.

The U.S. Travel Association reported Tuesday that four in 10 jobs lost nationally over the past year were in the leisure and hospitality industries.

“The math is pretty easy: The U.S. economy won’t get back on track until the leisure and hospitality sector is back on track, and that’s going to take aggressive policy actions,” U.S. Travel Association President and CEO Roger Dow said in a prepared statement. “Safely restarting travel needs to become a national priority, which means not only relief measures but pressing ahead on vaccinations and continuing to emphasize best health practices.”

The pandemic, however, continues to create problems and uncertainty for companies such as American Airlines, which advised the state Department of Economic Opportunity last Friday that 1,023 employees at Miami International Airport face furloughs starting April 10 and 45 others will be discharged on April 1.

In a letter to the state agency, the Texas-based airline pointed to “unforeseeable circumstances beyond the company’s control, specifically the COVID-19 pandemic.”

The AAA survey, conducted in January, indicated the main concerns of travelers remain the fear of getting sick and new strains of the virus, while fewer than one-third are comfortable taking commercial flights and just under half are driving less.

And when it comes to planning vacations, 41 percent say they’re likely to pick destinations that require wearing face masks to try to prevent the spread of COVID-19.

“The Covid-19 vaccine truly is the key to restoring Americans’ confidence in traveling again,” AAA spokesman Mark Jenkins said in a statement. “With health experts predicting widespread vaccinations by the summer, AAA Travel Advisors are seeing growing interest in bookings for the second half of the year.”

Nearly half of Floridians reported feeling comfortable staying in hotels and 68 percent planned to take at least one vacation of three days or more this year. Also, nearly a quarter reported being more comfortable traveling now than when the pandemic began, which was a 7-percentage-point improvement from a survey in October.

Amy Baker, coordinator of the Legislature’s Office of Economic & Demographic Research, recently told lawmakers that bigger-spending foreign tourists won’t be rushing back to Florida, which may delay until 2024 a feeling of normalcy returning to the hospitality and leisure industries.

Meanwhile, Gov. Ron DeSantis and other Republicans have been quick to push back against a report that President Joe Biden’s administration was considering new travel restrictions to areas, including Florida, that have seen a surge in cases involving variants of COVID-19.

“We will oppose it 100 percent,” DeSantis said. “It would not be based in science. It would purely be a political attack against the people of Florida. And it’s unclear why they would even try talking about that.”

U.S. Sen. Marco Rubio, R-Fla., wrote to the Democratic president that such a travel restriction would be an “outrageous, authoritarian move that has no basis in law or science.”

“Instead, it would only serve to inflict severe and devastating economic pain on an already damaged economy,” Rubio wrote. “If you are concerned about the coronavirus spread in Florida, I urge you to fast-track additional vaccines to the state instead of attempting to cripple our economy.”

DeSantis also was emphatic Wednesday that COVID-19 vaccines are effective against a variant of the disease found in the United Kingdom. That strain is spreading in Florida and other parts of the U.S.

The state Department of Health reported that, as of Tuesday, more than 2.1 million people had received first doses or full two-shot series of the vaccines in Florida.

The White House restrictions are being contemplated as Canada, a big source of Florida’s foreign visitors, announced that starting Monday, people arriving by land will have to show negative COVID-19 tests from within the previous 72 hours.

Florida’s unemployment rate in December stood at 6.1 percent, with a January rate slated to be released March 15. Florida has paid about $22 billion in state and federal unemployment assistance to 2.25 million claimants since March 15.

Sat Feb 13 , 2021
Spring breaks on the ground offer opportunities to fully explore seasonal renewal beyond the famed cherry blossoms in Washington, D.C. (its annual festival March 20 to April 11 will be adjusted for safety, including no parade). About 150 miles northwest of Los Angeles, a seasonal explosion of orange poppies and […] 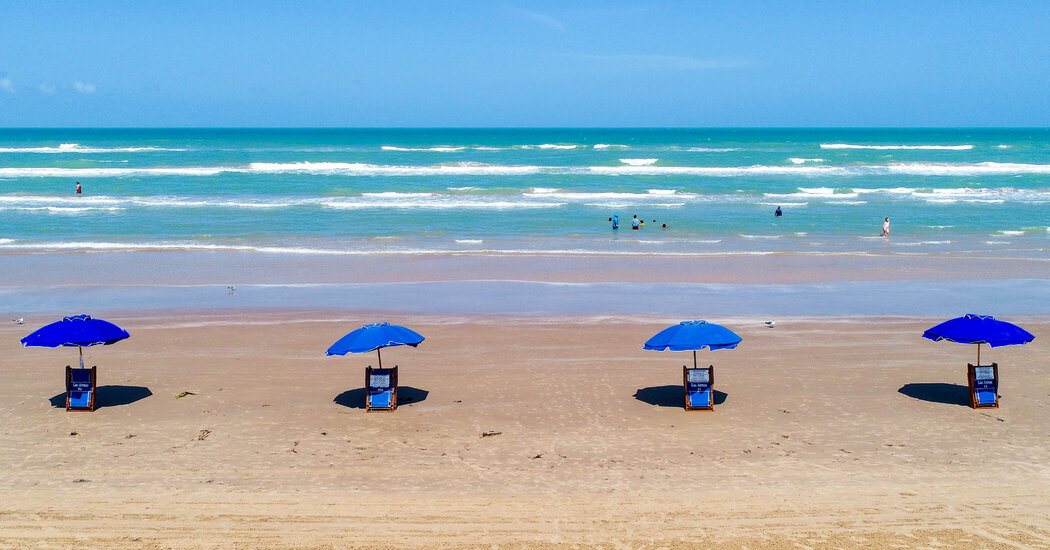