After more than a year of lockdowns and restrictions, some stir-crazy travelers will do anything to get away from it all—even if that means paying a hefty fine. In the U.K., the government is set to fine anyone who travels abroad without a “valid reason” 5,000 pounds ($6,895) starting Monday.

But where there is a will, there is always a way, and we found a number of loopholes that are sure to send people packing. From Tuscany to Portugal—both favored holiday spots for sun-deprived Brits—real estate agents are hoping to cash in on a clause in the new British regulation that lists house hunting as a “valid reason” to travel.

Keyholders International, a real estate firm based in Edinburgh that deals in property in Spain, Portugal, Greece, and Turkey, unabashedly suggests ways to skirt the rules right on their homepage. “It’s still been possible for more intrepid travellers to squeeze in a sneaky week by taking less direct routes to their destinations, swapping flights here and there or perhaps dreaming up ‘urgent’ reasons for travel which haven’t been entirely legitimate,” they say. “There are exceptions though and we’re delighted to confirm that, if you’re buying or viewing property, then travel remains possible.”

In Tuscany, one real estate agent, who asked not to be named, said she can’t keep up with requests from Brits who suddenly have their eye on a Tuscan villa that they just have to see around Easter time. “It’s clear that they likely have no intention to purchase anything,” she told The Daily Beast. “But since I also rent holiday homes, it is a win-win situation.”

British holidaymaker Scotty, who didn’t want his surname to be used so as not to blow his devious plan, told The Daily Beast he is happy to take the risk. “Our government is banning foreign travel so that the population have to stay and holiday in the U.K., boosting the economy. Essentially keeping people prisoners for their own gain,” he said. “The [property] loophole is clearly in place to let wealthier people holiday without any repercussions. If you can afford a £5,000 fine or you’re lucky enough to have a second home abroad then the rules do not apply to you. Baffling.”

He used the house-hunting loophole last year, and booked property viewings in Madrid and Tenerife during the first lockdown. “I didn’t turn up to either and enjoyed a lovely holiday,” he said. “There’s every chance I’ll do the same thing again.”

Other top destinations are banking on vaccines to keep the visitors coming. In tourist-dependent Greece, full islands have been vaccinated to be ready for tourists to return. There, too, real estate agents are now advertising house-hunting tours as a way to lure travelers who might otherwise face risks. On the island of Kastellorizo, deputy mayor Stratos Amigdalos says the fact that the entire island population is vaccinated means they can welcome visitors more easily. They are also considering offering a rebate of sorts to help Brits who want to travel pay back any fines incurred. “We can’t handle an outbreak on the island, but we also can’t go another summer without tourists,” he says. “We are looking for ways to make it worth the visit, and a tourist rebate for anyone who comes here could offset the fines but still help the local economy.”

But not everyone is willing to risk the fines. Gary Speary, a frustrated would-be traveller in the U.K., said he doesn’t want to feed the coffers of the British government. “We have all had an incredibly hard year. I’ve had my holiday put back five times,” he told The Daily Beast. “I know it’s not anyone else’s drama but I’ve worked all the way through [the pandemic]. I’m due to go at the end of May… but we will get charged five grand to go. I’m truly done with it now… we need to start to resume some normality. I don’t think they truly understand how tired we all are of rules and regulations that make no logical sense.”

If the restrictions are still in place, though, he has no intention of risking it. “No, I’ll just push it back,” he said. “I’m not paying these pricks anything.”

Another would-be traveler tweeting under the handle @laurynmillerx says she will just pay the fine. “They can fuck clean off, I’ll pay the 5 grand fine because there’s no way I’m staying in the house for another whole year, holiday is booked end of August and I’ll be going whether they like it or not,” she tweeted.

Still others, like Strictly Come Dancing’s Brendon Cole, doesn’t have to look for property since he owns a villa on Mallorca. Still, when he posted on Instagram how happy he was to be on the Spanish island to “support bars and restaurants devastated by ridiculous and unfair closers” he was lambasted for bragging about being able to skirt the rules. One clearly envious person asked, “Why do we want to see you gloating with a beer in your hand. We are playing by the rules, you however are a selfish tit.” Another asked if his beer in the sun was “better than losing your life or that of a loved one.”

Several other travelers are concerned that because the rules are vague, they will lose deposits or even fully paid for holidays. One woman who booked a holiday in 2019 for May 2021 is concerned that she won’t qualify for a refund, telling The Daily Beast that the “government needs to be clear with holidaymakers, that refunds should be mandatory.” Will she keep her reservation? She says yes. “I think I would have to go, and deal with the fine when I come back.”

Growing up Poor Made Me Willing to Spend Money on Travel

Sun Mar 28 , 2021
We didn’t have much money growing up, but my family still took a handful of vacations to Florida. My dad became Daddy Warbucks on those trips, but he charged it all to credit cards. I don’t judge him — he prioritized giving us joyful memories, and I do the same […] 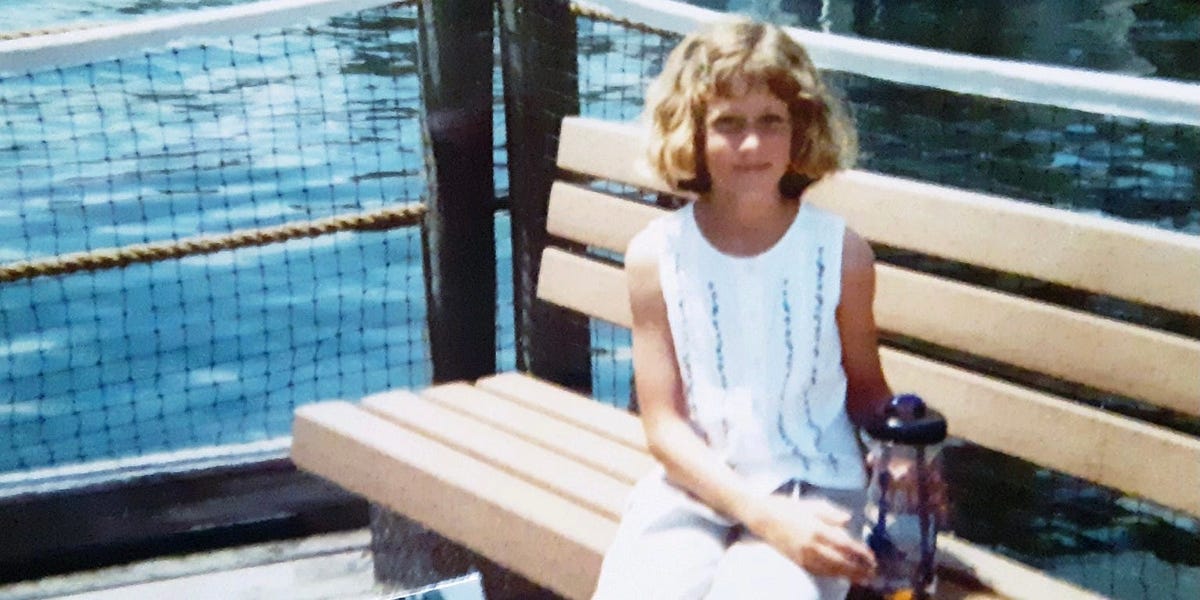