Growing up in the frigid confines of Endwell, N.Y., I tried to escape the endless winters and year-round rain by visiting my local library, where I sought out photography books with images of warmer places.

I remember being thrilled by a picture book that traced the Mississippi River from its source in Minnesota to the Gulf of Mexico. Toward the end of the book was a photograph of a flaming gas well rising from turbulent Gulf waters at twilight. To a Northern boy, seeing that photo felt like looking at some faraway, exotic land; in the upstate New York winter chill, I felt warmed by the twilight colors, the haze.

Since moving to Louisiana in the early 2000s, I’ve documented the landscape of the Mississippi River’s last miles, in Plaquemines Parish, from Fort Jackson and Buras, all the way down to Port Eads, the last outpost on the river delta, where the muddy Mississippi meets the blue water of the Gulf of Mexico.

State Highway 23 terminates at the community of Venice, seven miles above Head of Passes, where the river technically ends and splits off into three passes that drain into the Gulf. Getting there isn’t easy. Any place downriver from Venice is accessible only by boat, requiring a knowledgeable guide who can gauge the rapidly changing weather and marine conditions.

There’s peace and quietude in Plaquemines Parish, among the citrus groves, oil refineries and the salty breeze. Communities continue to rebuild here despite a seemingly never-ending series of storms and floods, amid a landscape that’s constantly changing.

On an unusually warm winter day in January 2005, I made it to Pilottown, one nautical mile above Head of Passes. For nearly 100 years, and for most of the 20th century, Pilottown served as the home of the river pilots who board cargo ships and guide them to and from the mouth of the Mississippi River.

In its heyday, Pilottown was a thriving community of guides, trappers and fishermen. By the time I first made it there, only three permanent residents remained.

In August of that year, Hurricane Katrina sent a 15-foot storm surge into Pilottown, destroying nearly every structure in the settlement. The Associated Branch Pilots, an association whose pilots guide ships from the Gulf to Pilottown, chose to rebuild upriver in Venice. The Crescent Port Pilots, whose pilots guide ships from Pilottown to New Orleans, stayed in Pilottown, with no permanent residents returning. Only a few fishing camps have been built there since the storm.

Port Eads, sitting at the end of South Pass, 12 miles below Pilottown, was a bustling resort in the late 1800s, and the main commercial entrance into the river, made possible by jetties built at the mouth of the pass by James Buchanan Eads. The jetties sped up the water flow through the pass, causing it to dig its own deep channel. By the time I first photographed Port Eads, it was a crude, weather-beaten, last-chance marina, dotted with a few fishing camps. Its infrastructure seemed to be held together with duct tape and rope.

Many of places in the river delta that I’ve revisited over the years have since disappeared, either because of their remoteness or as a result of storms. Often the only traces are a few pilings sticking out of the water, or the decaying frame of a home long ago abandoned. Ghost towns such as Olga, Oysterville and Burwood all have their own vanishing stories. Collectively they make up the fading history of Plaquemines Parish.

I was living full-time with my family in a camp in the Lake Catherine area of Orleans Parish when Hurricane Katrina hit. I remember thinking we’d be gone maybe three days, and would come home to the camp after New Orleans survived another near miss from a major storm. Instead, Katrina took the camp and everything in it, including all my darkroom gear and a small box of negatives from early in this project.

Afterward, it was hard to avoid the endless ruin that lingered all around me. But I was determined not to convert my work into an ode to hurricane destruction. I remember being incensed at all the cheap volumes of post-hurricane photographs that suddenly appeared up on bookstore shelves and intruded on the privacy of particular people’s losses, images of ruined interiors and portraits of storm survivors sitting outside their gutted homes. When shooting for this project, I tended instead to seek out beautiful things that were still there in spite of the storm.

I visualized several of the images in this collection many years before I saw the actual places. The view up South Pass from atop the Port Eads lighthouse was one I had carried in my mind’s eye for more than 10 years; I knew from maps that a lighthouse was there, and if I could somehow get to it and climb it, I would capture the view I wanted. I finally got my chance on a late April afternoon in 2008. Standing atop the lighthouse, I was elated and hypnotized by the view, and half-certain I was dreaming.

In the aftermath of the Deepwater Horizon oil spill in 2010, I was fortunate to get a series of assignments for a coalition of conservation organizations called the Gulf Restoration Network, flying to the river’s mouth and Chandeleur Islands to look for evidence of the spill, which produced a number of aerial photos. Aerial photography can be difficult to pull off: the thick summer haze requires a polarized filter, and any exposure under 1/800 results in blur on the ground. I asked the pilots to fly certain routes matching views I had imagined years before, looking at maps in my hometown library. For technical pointers, I consulted the afterword of David King Gleason’s “Over New Orleans.”

At the end of 2012, I learned that two delta structures I’d photographed over the years — the Associated Branch Pilot headquarters at Pilottown and the “Happy Ending” camp at Port Eads — had vanished. The pilot house had been torn down and hauled away after the pilots decided to relocate upriver in Venice, marking the end of an era of pilotage. The Port Eads camp disappeared for unknown reasons, destroyed by Hurricane Isaac in 2012 or simply torn down to make way for some other building.

Every time I visit the last miles of the river and the bird-foot delta, I find myself quietly astonished by the stark, minimalist beauty; humbled by the history of the families who made their living at the “end of the world,” as it is sometimes called; and soothed by the constant, soft hiss of wind in the tall roseau cane. Being there is like being in a dream I have carried with me since I was a teenager.

Much has been written about the slow disappearance of Louisiana’s coastal zone, but my own experience has shown it to be a place of constant change. Where some older communities have vanished, other clusters of fishing and hunting camps have sprung up in new locations, only to change again when another storm passes through. There’s a sense of serenity at the end of the river — along with a rich and fascinating history, which has kept me returning, again and again, for nearly 20 years.

Officials Urge Oklahomans To Stay Home, Take Precautions If You Must Travel

Tue Feb 9 , 2021
It’s been one of the busiest days in recent years for emergency crews as Green Country sees icy conditions and freezing temperatures.  Both EMSA and AAA Oklahoma said if you do have to get out in this weather, it is crucial to make sure that you are prepared for anything […] 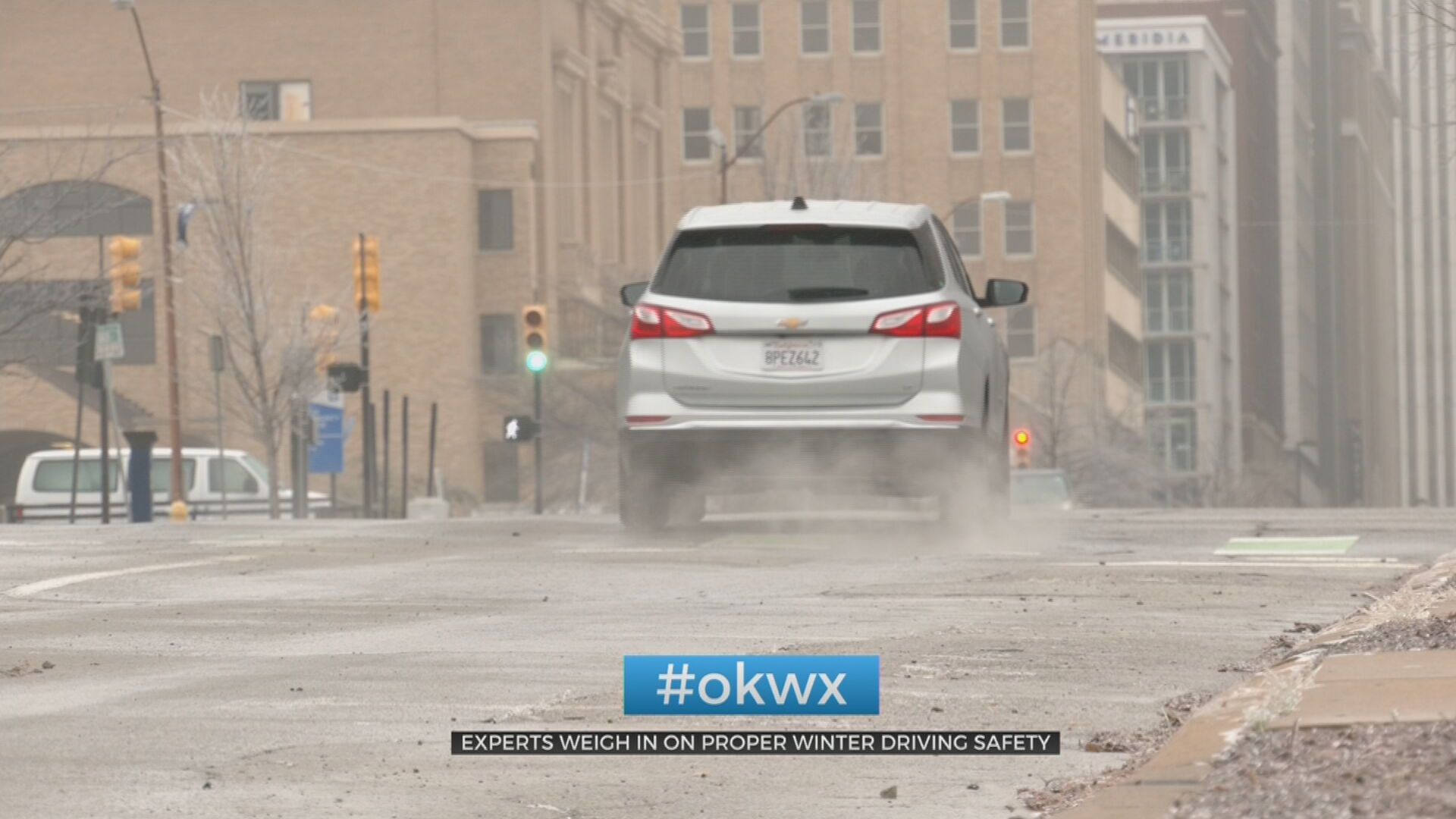